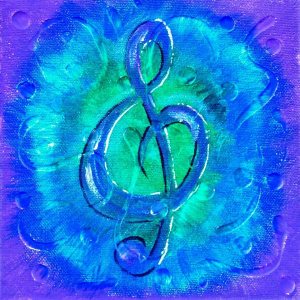 Recent programming changes on Clark Atlanta University’s WCLK-FM have longtime listeners worried that the place where hot sounds of traditional-meets-experimental soul and jazz is being cooled to tepid blandness. The station has shifted to a pre-programmed, smooth jazz format in an attempt to attract new membership.

At the center of the issue is the beloved 20-year veteran DJ, Jamal Ahmad. Long before Pandora, he opened ears to new music that local and international listeners were unlikely to hear on other local stations.

Like I mentioned in a previous post, activism is at our fingertips. As a Creative Loafing Atlanta freelancer, I have to shout out my colleagues who were on this from the jump. CL contributor and publisher of Slo*Mo Magazine, Carlton Hargro, set off the protests on Facebook with “WCLK: Save our S.O.U.L.” and a Change.org campaign to make sure WCLK supporters’ demands are heard. Hargro is proposing that WCLK allow Ahmad to direct programming for the entire station.

“Between Ahmad’s original WCLK-FM show “S.O.U.L.” (Sounds of Universal Love) – which pumped a weekly diet of UK soul, drum ‘n’ bass and acid jazz from 1995 to 2005 – to his involvement as co-founder of defunct indie label Groovement Collective (which introduced listeners to India.Arie, Donnie, and others), Ahmad is a large part of the reason why Atlanta’s soul scene took over the world stage in the 2000s.”

Clearly, WCLK’s neutered background sound is a serious step in the wrong direction for a number of reasons.  First of all, in the past decade, digital stations have made radio an increasingly democratic space free of marketing boxes. Also, in Atlanta and other major cities, the smooth jazz format is a proven fail – with experts declaring the subgenre itself dead.

Unlike any programmed playlist on or offline, Ahmad combines his repertoire with in-depth cultural context, musical facts, live interviews and all-around broadcasting savvy. He knows what we need and want before we do and makes sure we get it right on time.

Like that Indeep disco jam, “Last Night a DJ Saved My Life,” S.O.U.L. fans can attest to how Jamal Ahmad has saved the day from the weeping and gnashing of teeth known as Atlanta rush hour.  His shows make us feel, think and jam no matter where we are. With every form of liberation, though, we know freedom ain’t free, so if the good folks at WCLK leave well enough alone, we’ll have to back it with increased membership dollars. Period. If we had to lose our S.O.U.L. to find it again we can say it was all worth it. 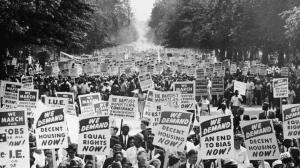 Most of my peers, both personally and professionally, were born at least a decade after the Dr. Martin Luther King, Jr. led August 28, 1963 March on Washington. While we are not total strangers to racial inequality, we have nothing in our collective experience even remotely close to life in the turbulent Civil Rights era.

Some of us witnessed the dangers of crime and violence in neighborhoods where the opportunities had gone away to suburbs or lands overseas but none of us knew a world where the mere act of assembly, especially with friends of a different color, could end your life or land you in jail.

Today, none of us even knows the difficulties of gathering. We do not know the challenges of organizing closed strategic meetings in undisclosed locations through word of mouth – phone lines were tapped and for some families a home phone was a luxury. Today, global communication is as close as a few words in a text or social media application away. We exact rapid change online. We even have change.org to expedite our processes. Social activism is literally in our hands.

To put it bluntly, we have it easy. If you are a person of color with post-secondary education, live and work relatively safely in or near a major American city among people of multiple racial and ethnic groups, chances are your general quality of life is significantly better than it would have been 50 years ago. Of course, job discrimination, unemployment and economic strife are still regular realities for many Americans, but the possibilities to escape through education, career or with help through public and private assistance are numerous. And regardless of where you stand in the political strata, a black identifying biracial president is incredible progress.

All we have to do now is commemorate the past. Remember, pay homage and learn. Talk to your children, young family members or other youth. Because we will never understand, we can only look back in reverence.

Read the full text of King’s “I Have a Dream” speech here.